For those of you that are wondering, I am not Aarthi. Aarthi is a friend of mine who I met in the first grade when we were sharing the same boxcar shanty in San Cristobal. She has since recruited me to contribute to her blog today and tomorrow as she is presently in Thackerville, Oklahoma getting her teeth sharpened.

Be aware that a substitute being present is no excuse for any of you to slack off or murder anyone. I will be taking attendance, I will be providing a lecture, and I do issue spankings to miscreants and volunteers.

I feel that Aarthi's advice to business students, while being both insightful and abundant, is rendered almost useless without a brief refresher of what got all of us to this dark, dark place in our lives in the first place. I speak, of course, of macroeconomics. It is a subject that I pursued in mine own college days, and therefore am qualified to teach. (As an extra indication of legitimacy, here's a picture of me wearing a tie.) 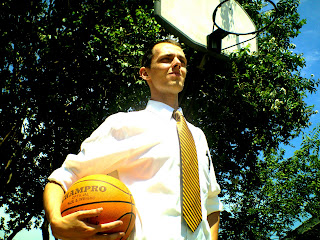 Let's just dive right in, shall we?

The most important thing to know about macroeconomics, for some reason, is that it is not microeconomics. Macroeconomics is the study of resource allocation, supplies and demands, and every other imaginable concept through the examples of nation sized economies. Microeconomics is the study of similar concepts, but only as they apply to microscopic organisms. It, admittedly, is a rather asinine field of inquiry, yet it is still required subject matter for most degrees in microeconomics. One only has to look at the currency studied in both to notice the difference between the macro and the micro. 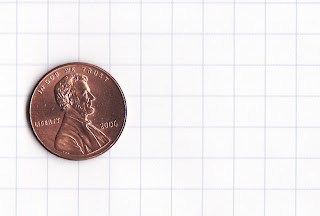 Macroeconomics, and indeed, economics as a whole is based on the concept of the unending duel between finite resources and infinite wants. Of course, in 2007, it was discovered that a simple solution would be to have infinite resources. So that's what they do now.

There are three sectors of industry when looking at the world on a global scale. The first is primary, which is the industry sector that produces raw materials, like carrots and old Volkswagens that get turned into sculptures of dinosaurs. They also specialize in things with only one wheel (unicycles.) The secondary sector specializes in manufacturing as well as things with two wheels (tandem unicycles.) The tertiary sector is services and things with three wheels. (It is interesting to note that economists have theorized that a quaternary sector exists somewhere deep in the Congo, where diamond-hoarding warlords and bipedal apes specialize in consultation and business solutions and things with four wheels. But come on... things with FOUR wheels? Come on!) (It is also interesting to note that after the end of the Cold War, the United States decided that they only needed the tertiary sector, as well as a special sector that deals exclusively in ring tone harvesting.)

There are four AND ONLY FOUR types of resources. They are land (you may know it as dirt!) capital (where the president, or el president lives,) labor (the Indonesians that you're "paying,") and entrepreneurial ability (any special talent the entrepreneur has; juggling, tap dancing, etc.) THERE ARE ONLY FOUR. STOP ASKING QUESTIONS.

A rookie mistake every aspiring economist makes is titling their graphs. If you have a book, and that book mentions anything at all about having to title your graphs, rip it out now. (And remember, I can see you through the screen.) Here is an example of a perfect graph. 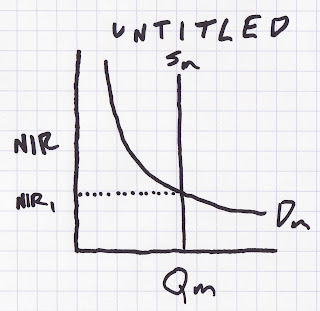 Titling every graph as "Untitled" is a great way to get people to think that you're deep and mysterious. It tells the world that you're a loose cannon, and that you are not afraid to go back to prison.

Speaking of graphs, here's the graph for an economy's production possibilities curve. 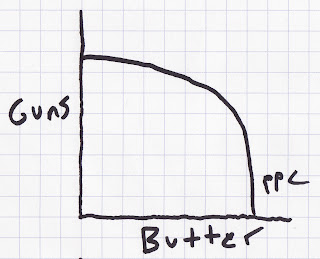 This graph is important for two reasons.
1. It has the word "Pee-Pee" in it.
2. It demonstrates that guns and butter are made from the same things.

Let's examine the graph for supply and demand. 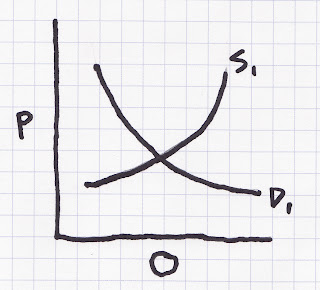 ﻿Notice anything strange? Maybe if we add an extra line. 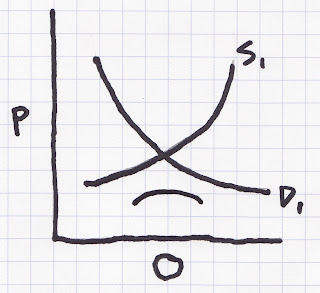 Nothing weird here, right? Maybe if we get rid of some of the details we'll see a strange pattern appear. 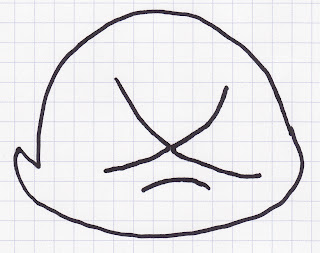 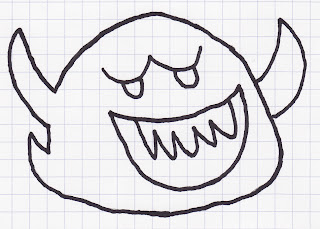 DEAR LORD WHY WHY WHY?

The Laffer Curve was named as such for two reasons.
1. The fact that it looks kind of like a boob is a real laugh riot.
2. Every economist is functionally illiterate.
Calculating GDP through expenditures is accomplished by the equation...
GDP = C + I + G + Xn
If this is too complicated, I created a mnemonic to help you remember.
GDP = Charlie Injoys Soccer XylophoNe
Real GDP is always adjusted to reflect inflation. Here is a graph showing aggregate supply in the long run charted against Real GDP and the price level.

Imaginary GDP is always adjusted to reflect wonderment. Here is a graph showing aggregate supply in the long run charted against Imaginary GDP and the price level. 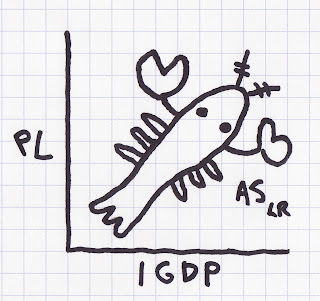 Banks add money to the national supply through the process of loaning funds at interest. The main principle at work here is known as the Money Multiplier. It is a small device in the basement of every bank that, through ingredients unkonown, prints out free money. You and I call it a "color copier."
Extra Credit! Use the Money Multiplier in your office to create your own free money and use it to pay the kid that mows your lawn!
To fully understand Okun's Law, it helps to imagine it as if it were a big birthday cake. Just like your average birthday cake, it states that a GDP gap of 2% occurs for every one percentage point that actual unemployment exceeds the natural figure and happy birthday.
The concept of comparative advantage on the macroeconomic level is best done through exciting, pulse-pounding charts. 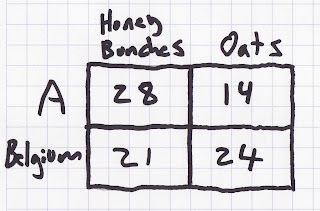 Assuming both Economy A and Economy Belgium are producing at maximum efficiency with all resources allocated, they can produce 28 Honey Bunches or 14 Oats, or 21 Honey Bunches or 24 Oats respectively. Of course, by calculating the opportunity costs associated with each product, it becomes clear that through specialization and trade both economies end up with more than they started with. This is very important to remember because there are only two economies on earth, and they can only make two perfectly exchangable products, and this is how the world works.
Speaking of international economics, it is vital to learn about how the US dollar acts in the global market. The trade balance between the United States and Brazil, for example, becomes less favorable as the US dollar appreciates in value and exports decrease. Conversely, the US dollar will never depreciate. NEVER. DO NOT ASK ANY MORE QUESTIONS.
I tried to find the Money Market once, but I got sidetracked by a sandwich.
The federal government has four tools they use to shape the state of the economy. They are open market operations, the reserve ratio, jewel heists, and the discount rate. And once they reach level twenty on multiplayer, they unlock a grenade launcher.
Well, that about wraps it up for today. Look over this outline for the rest of your life, because there will be an exam tomorrow. Remember, the exam will include topics covered here, topics covered in any lectures, and things I mumble to myself as everyone leaves the classroom.
---------------------------------------------------------------------------------------------------------------------
Scott Stutzman is a functional alcoholic and frequent guest lecturer at Pepperdine University. He studied economics at Brown by going to the first and last lecture of every unit. He has sold millions of books under the pen name Stephenie Meyer and is the creator of the owl related greeting card related blog My Owls Are Better.
Posted by Scott at 8:03 PM