Alright guys and men, here it is... the final exam. If you want to look over the course outline one last time before jumping in, you can follow this incredibly useless link. Do not start the test until the proctor has told you to begin if you are a brain dead sheep. Otherwise START NOW.

Directions: You have an unlimited amount of time to answer the following questions. It is suggested that you spend the first half of an undeterminant part of time on the first question, and divide an undeterminant amount of time equally between questions 3 and 5 and then take a rest to focus your chakras (or 'turning lotus') and then you can leave but not before answering the remaining questions spending an equal amount of time on each question except for question 7 which requires at least 9 extra percentage points from the totality of the time spent in the schedule that you have set for yourself. In answering the questions, it is important to include the path of reasoning you followed, as well as how the answer makes you feel deep down inside. Include correctly labeled diagrams, if useful, relevant, or really complicated looking so that you appear smarter. You must use a pen with black or dark blue ink for some reason.

1. Which of the following is not an economic goal?
a. Full Employment
b. Price Level Stability
c. Kill 2 Undead Bears, 5 Undead Wolves, and 3 Undead Cougars using a torch
d. Something about, like, equitable distribution 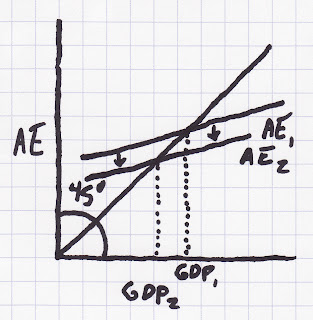 2. Using the above graph, can you explain how a decrease in aggregate expenditures would be used to remedy an inflationary situation in terms of aggregate demand and price level?
a. Yes I can.
b. No I can't.

3. Which of the following types of unemployment is incorrectly defined?
a. Frictional - Workers who are unemployed because they rub people the wrong way
b. Cyclical - Workers who ride their bikes all the time and no one will hire because they ALL feel  like they have to dress like freaking Lance Armstrong in those weird outfits with the tight shirt and shorts and ride around in ridiculous gangs taking up the entire right lane or, God forbid, the right side of the road on a two lane street.
c. Structural - A genus of flies in the family Tachinidae 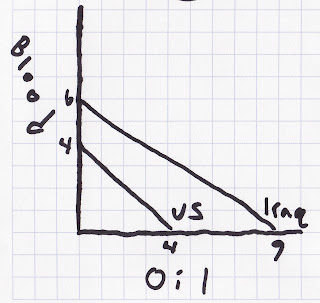 8. Using the above graph, calculate an equitable rate of trade between the two economies that will be beneficial to both, and quench both their insatiable thirsts for consumption.
a. No.
b. Impossible, as the US thirst for foreign oil will never be quenched, and blood will soak the sands of the banks of the Tigris until the final moon sets beyond the dunes.
c. George W. Bush is a war criminal.
d. 1/3?

4. Using the data below, calcuate the gross domestic product to the nearest thousandth for some reason.

12. Which economic concept makes the best sounding title for a hit song?
a. "Rule of 70"
b. "Rational Expectations"
c. "Crowding Out Effect"
d. "Inflationary Situation (I Got One For You)"

5. To subscribe to Supply-Side Economics, which of the following must be assumed?

I. A lower marginal tax rate incentivises investment.
II. Aggregate supply is receptive to change in the short run.
III. Air traffic controllers get what they deserve.

a. I and II
b. III and II
c. Air traffic controllers get what they deserve.

8. Which of the following is considered a factor that is able to shift aggregate demand?
a. Beaver dams

7. Oh no! John Maynard Keynes is lost! Can you help him find his way to totalitarian, socialist upheaval?

9. Which of the following statements about national income are true?

a. I as well as II
b. I, but neither II, nor III
c. II can be safely assumed, but I is not not true in addition
d. I is accurate, however III is true. It is also true that II is false.
e. II and I and III are not true, unless they are, in which case a safe assumption can be made that all three (I, II, and III) are not not true, which is to say not false.
f. IV

6. Can you calculate the nominal GDP using the data given below? 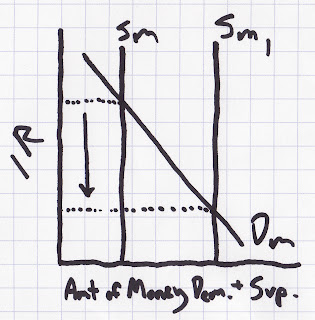 13. How does the above graph make you feel?
a. Anxious
b. Slightly aroused
c. Smug
d. Extremely aroused
14. An economy is facing a shrinking GDP as well as a rising price level. Assuming that suicide is not an option, what would you do?
a. Pardon Nixon
b. Kill yourself
c. Enact policy to return aggregate supply in the short run to its initial position in relation to aggregate demand
d. Trip on something

Why do I hate you?
a. You always ask questions in class right before we're supposed to leave, but you never ask questions when the professor asks if there's any questions and there's this incredibly awkward silence because we all know he wants someone to ask a question.
b. I can hear you humming along to your iPod during lectures.
c. We always pass each other in empty hallways which forces me to awkwardly acknowledge you even though I hate you.
d. You made more friends in Intro to Business Writing than I did in 4 years of college.

So how did you do? If you think you did well, then I promise you did poorly. If you think you did poorly, then you probably did poorly. But if, instead of taking the test, you cast the computer to the floor, threw your window open, and simply breathed the fresh air of another summer day, then I am certain you did poorly. Fortunately, we're all young, attractive college students or recent graduates, so anything we do wrong is cute and funny until we're 30. Truly, if there was one piece of advice I would love to impart on all of you before I take my leave from the blog, it would be that Taco Bell may not be food technically. It is, however, cheap. And they dress everything up in so much sour cream their menu items can't help but be delicious. If you valued your life (and I mean really valued your life) you would never eat there. But on a similar note, if you really valued your life, would you ever have gone to college in the first place? Much like Taco Bell is for the poor and the self-destructive, college is for nerds. Why would you actively give thousands of dollars to a company just to read books that you also have to pay for and use scantrons that you also have to pay for. What I'm trying to say, my friends, is eat at Taco Bell. They try, gosh-darnit, and I'm pretty sure everything on the menu qualifies as vegetarian. 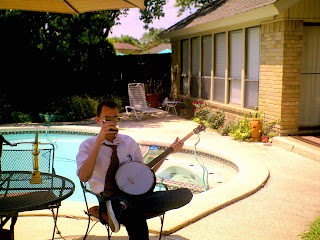 Scott Stutzman is a functional alcoholic and author of the books My Love, My Belgium and The Belgians: Why They Must Be Put Down. He invented mini golf and is the creator and lead contributor to the owl related greeting card related blog My Owls Are Better.
Posted by Scott at 9:17 PM